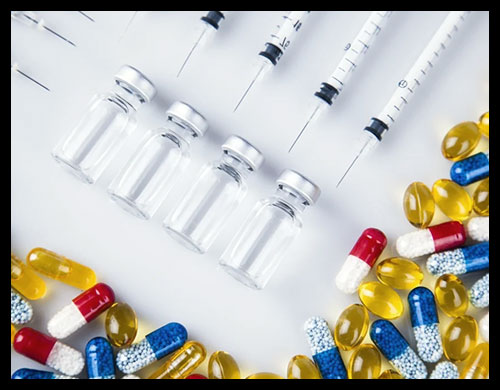 Antibiotics work only against bacteria, not viruses. COVID-19 is caused by a virus, and therefore antibiotics should not be used for prevention or treatment. https://www.who.int/emergencies/diseases/novel-coronavirus-2019/advice-for-public/myth-busters#virus

Patients are often asked to prescribe some kind of “magic pill” that will cure them of coronavirus infection. And when the doctor refuses to write a prescription for them: they show articles in the media written by so-called “specialists” – about what should be treated. Or they tell the stories of relatives and friends who allegedly recovered thanks to one or another magic pill.

Very often antibiotics pretend to be a “magic pill”. In the minds of patients, these are medicines that help almost everything: a runny nose, pain, bring down the temperature, and so on.

At the same time, the purpose of antibiotics is to kill bacteria that are the cause of a particular disease. Antibiotics have no effect on viruses at all, so it is simply impossible to cure COVID-19 with them. Just as there is no point in treating flu, measles, chickenpox, viral hepatitis or any other viral diseases with them.

Coronavirus belongs to the category of acute respiratory infections and, in treatment, requires only auxiliary agents, and not the use of potent drugs (hormonal and antibiotics). Side effects can even be fatal!

In part, patients are misled by the diagnosis of pneumonia, which often occurs as a complication of COVID-19. If we talk about ordinary pneumonia, then it is not only possible, but also necessary to be treated with antibiotics, because it is caused by pneumococci and some other bacteria. But there are pneumonias that are called atypical because they are caused by other pathogens – for example, the influenza virus or SARS-CoV-2 and other microorganisms.

The overwhelming majority of patients do not know how to distinguish such pneumonias from “common” ones, how they develop and how they should be treated. But it should be admitted that not all doctors are good at doing this.

“Patients often prescribe computed tomography for themselves. At the onset of the disease, they see that 10% of their lungs are affected, and therefore prescribe antibiotics for themselves. A few weeks later, CT shows that 25% of the lungs are already affected. “So, we need more antibiotics,” the patient believes and continues to self-medicate, ”says the independent doctor.

According to the doctor, such patients, after taking two or three types of antibiotics that could not help, are often diagnosed with drug-induced hepatitis. That is, one more problem is added to the problems that have already existed.

It makes them stronger.

But misuse of antibiotics has far worse consequences than drug-induced hepatitis and other complications. It is about antibiotic resistance. In simple terms, among bacteria well known to us, there are strains (varieties) that are insensitive to antibiotics, with which they were successfully treated before. Sometimes this means that they are not affected by any of the known antibiotics.

Already, at least 700,000 people worldwide die from diseases caused by antibiotic-resistant bacteria every year. We are not talking about some exotic diagnoses, but about well-known tuberculosis, sexually transmitted infections, the same pneumonia and the like.

Antibiotic-resistant bacteria are projected to kill 10 million people every year by 2050. WHO considers the problem of antimicrobial resistance (which includes antibiotics) as one of ten global health threats.

Several years ago, commissioned by WHO, a study was conducted in several countries to find out how well people understand what antibiotic resistance is.

64% of study participants believe that colds and flu can be treated with antibiotics (although these are viral diseases).

Almost a third of people believe that if they feel better after taking antibiotics for a few days, then treatment should be stopped. But this is how we “select” resistant bacteria that are least vulnerable to antibiotics.

And another two-thirds of the respondents believe that people who take antibiotics correctly do not face the problem of antibiotic resistance.

But this is a dangerous delusion. The fact is that resistance is not something that arises in the body of a person, but something that characterizes bacteria. If such bacteria have arisen in the body of one person, then another person can become infected with them, who did not violate any doctor’s prescriptions.

In other words, whether or not to take antibiotics and how to take them is by no means “everyone’s personal business.” If we do not change our practice of using antibiotics, then the world will go back a hundred years – to the period when people were dying from common pneumonia and other diseases caused by bacteria.

Science will save us, but not soon

Is it possible to somehow avoid such a prospect?

The study just mentioned found that 64% of participants believe that doctors will solve the problem of antibiotic-resistant bacteria before it gets too serious.

The truth is that humanity really needs new antibiotics, without which it will not be possible to defeat resistant bacteria. But, according to the WHO, among the antibiotics that pharmaceutical companies are developing today, very few are truly innovative. Most of them differ little from those already on the market.

True, drugs are at the stage of preclinical trials, on which great hopes are pinned. But even in the best case, the first of them will be available to patients in about 10 years. This means that scientists and doctors themselves will not solve this problem.

How everyone can contain resistant bacteria

Much depends on how responsibly each of us treats the use of antibiotics.

In particular, WHO recommends that the following rules be followed:

There are other important rules that do not apply to taking antibiotics, but help prevent the emergence of resistant bacteria. They are designed to protect against bacterial infections – so that the need for antibiotics does not even arise. These recommendations include regular hand washing, safe sex, and timely vaccinations to prevent diseases, including bacterial ones.